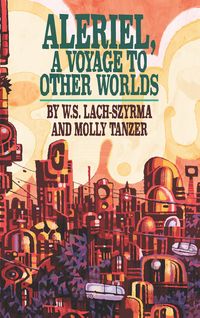 First published in 1883, Aleriel is a visionary tale of space travel, evolution, and Utopian idealism. The titular character, a Venusian explorer, wanders through the Solar System in search of compatible life, including lengthy stays on Mars and, of course, Earth.

W.S. Lach-Szyrma's long-forgotten book addresses all the contemporary thinking of the period - political, religious and scientific - and brings them to life on an interplanetary stage.

This edition carefully preserves the original text, including both of the author's original prefaces. It also includes a lengthy new introduction by Richard Dunn (Head of Science and Technology, Royal Museums Greenwich) and Marek Kukula (Public Astronomer, Royal Observatory Greenwich), discussing Mars in fiction and the role our Solar System has played in inspiring contemporary literature.

Aleriel also comes complete with "Civilisation and Its Discontented", a new short story by Molly Tanzer, revealing the unforeseen results of Aleriel's passage through Mars.

The cover for this edition is by noted comic artist and illustrator Jonathan Edwards, whose recognisable style also adorns albums by The Black Eyed Peas and The Jungle Brothers.

"Civilisation and Its Discontented" by Molly Tanzer

Edited and compiled by Jared Shurin