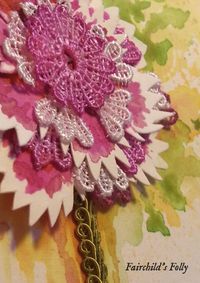 A story about love, ambition and accomplishing the impossible, "Fairchild's Folly" follows the unlikely friendship between Carl Linneaus and Thomas Fairchild, two of the brightest minds of the 18th century.

This limited edition was produced as an exclusive for Nine Worlds.

Chapbook (edition of 176, 26 of which were signed and lettered)