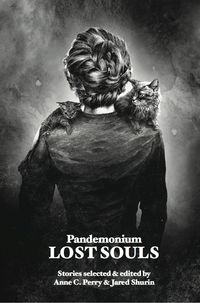 Lost Souls is a collection of forlorn and forgotten stories, carefully selected and with individual introductions.

The anthology brings together tales of woe and angst, loneliness, redemption and humour, featuring starving artists, possessed Popes, damned kings and hopeful prisoners. Lost Souls is an exploration of what it is that makes us human - and what happens when that's stripped away.

Edited and introduced by Anne C. Perry and Jared Shurin

The hardcover also contains a half-dozen pieces of additional material: fragments, reviews and ephemera found by the editors as they researched the stories.

"In spite of their age, most of these stories remain eminently readable, even if at times their prose is a little dated. Taken together, this resurrection of these out-of-print stories makes for a rich reading experience as well as a reminder that love, loss, sorrow and all the other human emotions displayed herein are timeless. With Lost Souls Shurin and Perry have not only delivered another wonderful anthology, but have shown themselves to have a great eye for what makes a good story, be it speculative or not." - A Fantastical Librarian

"Something very special.... The collection as a whole reveals a portrait of the development of horror, fantasy, and the weird that we all know and love." - The British Fantasy Society

Interview with artist Vincent Sammy on This is horror.

And another, this time on Fortress of Solitude.