Pandemonium: The Rite of Spring 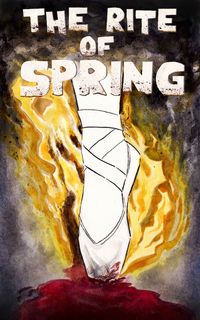 1913 was a year of violent change. Around the world there were revolutions, strikes, assassinations and civil war. The Rite of Spring features stories in a world that's coming of age - entering a tumultuous adolescence on the way to its terrifying maturity.

From Russia to South Africa, London to Vienna, these five stories are windows on a world that's on the verge of something big... something revolutionary.